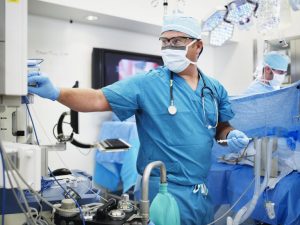 A federal law that takes effect on January 1 requires hospitals to publish online price lists for all the medical services they provide. The provision, called the Inpatient Prospective Payment System rule, was announced back in April. The law should also make it easier for patients to get access to their medical records, as well as make medical records more easily shareable between medical practices.

Under the Affordable Care Act, hospitals already must release public price lists so that consumers can compare costs. With the new provision, those prices must now be posted online in a format that can be downloaded to computers. The law also requires that the prices be updated every year. According to the Centers for Medicare and Medicaid Services, the changes also apply to rehabilitation facilities, psychiatric hospitals, and critical access hospitals.

Hospitals in the United States are known for having little price transparency. The price that a patient pays for a service can be affected by numerous factors, a number of which are out of a patient’s control. Many stories have emerged over the years about hospitals charging exorbitant fees for simple procedures or unusual entries being added to discharge bills.

Some critics say that a hospital’s charges are not as relevant to a patient because the patient’s bill may be significantly discounted by insurance coverage or Medicare. Co-pays, co-insurance, deductibles also add other layers of complexity to hospital pricing. There are concerns that patients may forgo needed care if the price listed is for the total cost of the service and not what the patient will be expected to pay out-of-pocket.

Some insurance companies have attempted to increase the transparency of hospital pricing by creating price comparison tools for their customers, but their usefulness is limited. The federal rule was sold as a measure to improve competition and help educate consumers. The new regulation does nothing to set or limit prices themselves.