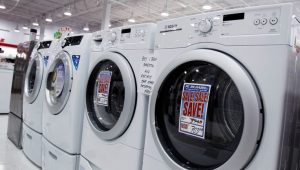 Investors in US stocks did not have a very good Christmas, but retailers have had quite the week as sales this 2018 holiday season are the strongest in six years.  Rising more than 5 percent since last year, US consumers spent over $850 billion, says a report from Mastercard.  Amazon.com attests this was a “record-breaking” season, as the online retail giant says they shipped roughly a billion items for free through Prime Memberships across the United States.

Retail store sales are doing so well that it might help the US stock market start its recovery.  Amazon shares, for example, increased by 5 percent on news of the sales numbers; Kohl’s Corporation jumped 4.2 percent.  Shares in Macy’s rose 3.6 percent while competitor Nordstrom grew by 3 percent.  Finally, big box stores Target Corp and Walmart Inc both increased by 1 percent.

Analysts esteem that the strong sales numbers this holiday season are a sure indication that consumer confidence is quite high. More importantly, consumer confidence has not been negatively influenced by slowing global growth concerns that have risen volatility in the market.

In addition, analysts advise that low unemployment and rising wages have contributed to consumer confidence, and dramatically lower gas prices gave everyone a little more spending money.  And since consumer confidence hit its highest level in twenty years, in October, the momentum simply carried over to November and December shopping.

According to the National Retail Federation, the 5.1 percent increase in sales growth, this year include both in-store sales and sales from online transactions registered between November 1 and December 24.  The NRF had only forecast US holiday retail sales would grow between 4.3 and 4.8 percent over the same period.  Online sales probably led a majority of the charge, showing very strong gains of 19.1 percent over last year, according to Mastercard analytics SpendingPulse retail report.

It looks like home improvement and apparel spending were among the most popular buys this season, growing 9 percent and 7.9 percent, respectively.  Oddly, though, personal electronics and appliances took a little 0.7 percent dip this year, a surprising decline from the 7.5 percent rise they saw last year.