Citigroup reissued their buy rating on shares of International Consolidated Airlns Grp (LON:IAG) in a report released on Tuesday, Digital Look reports. They currently have a GBX 750 ($9.87) price target on the stock.

International Consolidated Airlines Group, SA, together with its subsidiaries, engages in the provision of passenger and cargo transportation services in the United Kingdom, Spain, Ireland, the United States, and rest of the world. The company operates under the British Airways, Iberia, Vueling, LEVEL, and Aer Lingus brands. 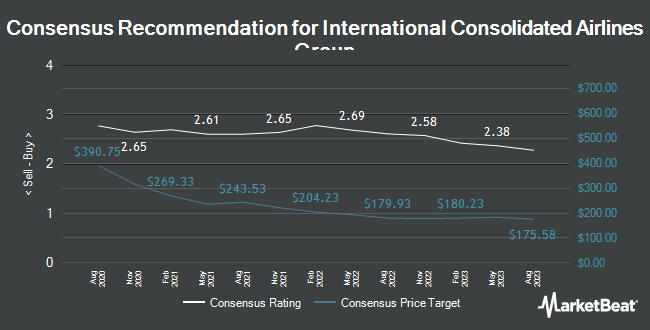 Complete the form below to receive the latest headlines and analysts' recommendations for International Consolidated Airlns Grp with our free daily email newsletter: