Black Hills (NYSE:BKH) last posted its earnings results on Monday, August 2nd. The utilities provider reported $0.40 EPS for the quarter, topping the consensus estimate of $0.38 by $0.02. The firm had revenue of $372.60 million for the quarter. Black Hills had a return on equity of 8.73% and a net margin of 12.78%. On average, analysts forecast that Black Hills will post 3.88 earnings per share for the current year.

The firm also recently declared a quarterly dividend, which was paid on Wednesday, September 1st. Shareholders of record on Wednesday, August 18th were given a dividend of $0.565 per share. The ex-dividend date was Tuesday, August 17th. This represents a $2.26 dividend on an annualized basis and a yield of 3.39%. Black Hills’s dividend payout ratio is currently 60.59%. 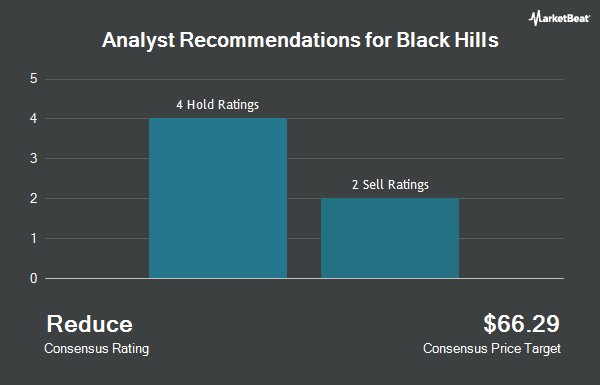 NeuroChain Price Down 28.9% This Week

Complete the form below to receive the latest headlines and analysts' recommendations for Black Hills with our free daily email newsletter: