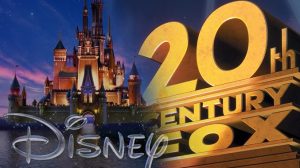 In 2013, Twentieth Century Fox announced its plans to build its very first theme park, in Malaysia, of all places. The company had hoped an investment in state-of-the-art technology will help the park compete with the likes of industry stalwart Disney.  Of course, those plans began long before Disney purchased Fox; but post-merger, are we ever going to see a completed Fox theme park?

Apparently Malaysian resort company Genting Malaysia Berhad does not think it is going to happen. And since they are the local partner in place to build the resort, they are not happy about it. And because of that Genting Malaysia Berhad has filed a $1.75 billion lawsuit against Fox and Disney alleging that Fox is (and has been) trying to back out of the deal which was supposed to see the Fox theme park built at the Genting Highlands Resort, in Malaysia.  This resort is already home to a handful of hotels, a casino, and a shopping mall.

According to the suit, Genting alleges Disney has not only taken the lead on the Fox resort construction project, but they are actively trying to kill the venture because it will be located near a casino. Genting alleges that Disney now claims they do not want to be associated with a gaming company (like Genting whose property, again, houses a casino) because Disney has a “family-friendly” image and brand strategy.  Thus, cancelling the deal would force Genting to have to make accelerated payments on the Fox license and, perhaps more importantly, “protect Disney’s existing parks from increased competition.”

Of course, this is not necessarily just a case of Disney wanting to shut down potential competition.  The construction of the Fox park has already encountered several delays. For one, the park originally had an opening date in 2016; obviously, that did not happen.

Genting now claims that Fox used these delays to justify pulling out of the deal and now they also claim that Fox is actually responsible for most of these delays, mostly by withholding or withdrawing approvals on certain elements necessary for development.