Could a Current HIV Medication Be Used to Treat Alzheimer’s Disease Patients? 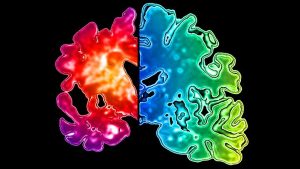 Scientists have recently made a major breakthrough in the world of Alzheimer’s disease treatment research.  Apparently, an existing HIV medication might make for an effective treatment for dementia.

A new study from researchers out of Sanford Burnham Prebys Medical Discovery Institute, in San Diego, have looked into the underlying causes for Alzheimer’s disease and found that genetic neurons in the brain actually rearrange themselves over a person’s lifetime.  Using new technology, however, the researchers were able to note that these genes are “mixed and matched,” in the brain over time. More importantly, one of these “mixed and matched” genes has been associated with Alzheimer’s disease.

In addition, researchers also found that this shuffling mechanism for the genes is very similar to the mechanism that spreads HIV throughout the body.  Pharmaceutical companies have been able to produce medications that can stop this mechanism in its tracks; and now they are quite hopeful that the very same HIV medication could be used to stop the similar mechanism among Alheimer’s disease patients.  The hope, then, would be to slow the progression of the disease or stop it altogether.

Obviously this research is very important as Alzheimer’s Disease is the most common form of dementia around the world today.  After all, it impacts approximately 44 million people globally; and there is currently no cure.

The results of this study has been published in Nature Journal.

When combined with other existing research it looks like there is a great world of promise for dementia patients right now. New information on genetic variants and links to lung disease have helped medical researchers to develop new treatment techniques and even vaccines which could potentially cut Alzheimer’s disease cases in half.