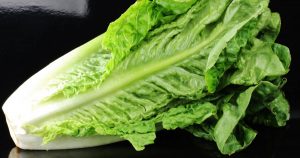 Caesar salad lovers can rejoice this week as the United States Food and Drug Administration narrowed its romaine lettuce warning. They now say it is safe to eat the popular lettuce, but it depends on where the crop was grown and harvested.

You may recall a recent E. coli outbreak that saw a recall of lettuce from all over the country with instructions to destroy the vegetable.  Last week the FDA and the US Centers for Disease Control and Prevention warned about the potential E. coli contamination.  The update to the announcement, though, now limits the contaminated crops to the Central Coast regions in northern and central California.

As such, the FDA now asserts it is safe for everyone to consume romaine lettuce again; but make sure it comes from another region. Safe regions might include: Arizona, Florida, and California’s Imperial Valley, and, of course, Mexico.

The FDA also recommends that growers, distributors, processors, and retailers clearly label the growing region and the harvest date for all romaine lettuce. This will make it obvious to consumers that the products are safe to buy and eat.  Of course, not all romaine comes in packaging, so the FDA advises that retailers should have labels near the checkout registers to help assure consumers of the safety.

So far, the FDA notes that 43 people across 12 states have fallen ill due to the E. coli outbreak.  In addition, 22 people in Canada have taken ill. Fortunately, no deaths have been reported. E coli is a bacteria that naturally grows in—and is in a symbiotic relationship with—the intestines of healthy animals. However, some strains of the virus can cause digestive distress. In previous E. coli scares, the concern was over undercooked proteins (like hamburger, for example) but in this case, finding E. coli on romaine lettuce carries other implications.

Produce like fruits and vegetables do not have digestive tracts where E. coli can thrive, of course.  But they are capable of carrying the bacteria if they are exposed to contaminated water.  Water can get contaminated by livestock/wildlife waste, where fecal runoff can get into the ground water which is then used for farming irrigation. And then this water contaminates crops.

inSure DeFi Price Up 1.8% This Week