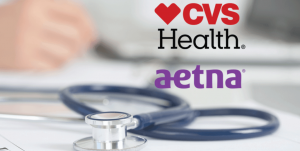 It has been a year since CVS Health and Aetna agreed to merge in a strategy to revamp health care in the United States and this week, they sealed the deal.  Now finalized, the deal brings together one of the largest pharmacy chains in the country with one of the country’s largest health insurers.  That said, however, with the deal finally inked will the CVS Health and Aetna alliance succeed in addressing the needs of all patients in terms of private and employer-provided health care.

Ignoring warnings from various provider groups, economists, patient advocates, and antitrust experts, the United States Justice Department insurance regulators and antitrust enforcers in 28 states approved the $70 billion merger.  Regulators in New York were the last of those 28 states to sign off on the deal, though the Empire State had some conditions.  To obtain that signature, the pair had to agree that Aetna would remain a stand-alone unit inside of CVS and led by members of Aetna’s present leadership.  Accordingly, Mark Bertolini is set to resign as Aetna’s CEO, but he will instead take a seat on the CVS board of directors.

Of course, a deal like this is of great interest to investors and the final deal values Aetna at $212 per share, which explains the $70 billion deal (because that is the total valuation).  With all of this in motion, then, CVS now must integrate the health insurer and focus on accomplishing three core priorities. These are:  providing local and accessible health care, simplifying consumer access to care, and reducing the overall cost of health care.

Obviously, consumers are not going to necessarily see immediate changes in their local stores or even in some of the services provided.  For one, CVS has plans to test stores by adding limited health services, at least at first.  The new locations, then, will focus on the management of the most common chronic conditions, as well as bringing additional primary health services to CVS Minute Clinics and guiding patients who have been discharged via at-home plans to help them manage more complex conditions.

From this point, then, CVS will be able to evaluate and tweak the new format before the bigger rollout.