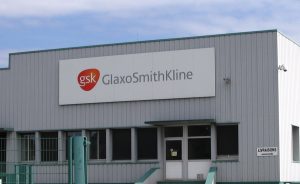 GlaxoSmithKline (NYSE: GSK) has announced that it will be forming a new joint venture with Pfizer’s (NYSE: PFE) consumer health division. Under the terms of the deal, GSK and Pfizer would combine their consumer health businesses, split at 68 percent to 32 percent in equity holdings respectively. GSK anticipates the deal will close in the second half of 2019.

The joint venture will lead to the creation of a consumer health giant with a market share of 7.3 percent. That is far more than the companies’ nearest rivals Johnson & Johnson, Bayer and Sanofi, which each hold around 4 percent of market share. The companies expect the joint venture to have annual sales of 9.8 billion pounds ($12.7 billion) and to generate total annual cost savings of 500 million pounds ($633 million) by 2022.

According to statements from GSK, the ultimate plan is for the company to split into two businesses. The next step would be spinning off the new consumer healthcare business and listing it in London within three years. GSK’s remaining operations would focus on prescription medicines and vaccines.

Pfizer attempted to sell its consumer health outright earlier this year. The company also entertained spinning off the division as a separately traded stock. The company makes most of its money from its core prescription drugs unit, which includes the cholesterol medication Lyrica and erectile dysfunction pill Viagra.

Shareholders welcomed the news about the tie-up, sending GSK shares soaring 7 percent. This is not the first partnership between the two companies. Pfizer already has a long-standing HIV medicines joint venture with GSK.

This is just the latest in a string of deals for GSK. Earlier this month, GSK agreed to buy cancer drug specialist Tesaro for $5.1 billion. That followed a deal earlier this year to buy Novartis’s stake in their consumer joint venture for $13 billion. GSK also recently sold most of its India nutrition business to Unilever in a deal worth nearly $4 billion.

Merger Of T-Mobile And Sprint Approved By Judge