Qualcomm Gets Some Apple iPhones Banned In Germany 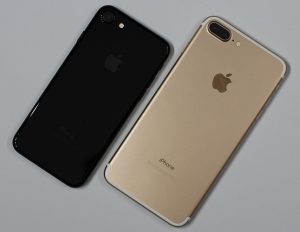 Qualcomm (NASDAQ: QCOM) has recently won two significant battles in global courts related to its patent war with Apple (NASDAQ: AAPL). With its most recent win, Qualcomm has gotten Apple to withdraw some of its older iPhones from the German market, thanks to a ruling from the District Court of Munich. The court also determined that Apple is liable for monetary damages in an amount that will be determined later.

According to the District Court of Munich, Apple infringed on Qualcomm’s intellectual property for power savings in smartphones. The court found that iPhone models using chips from Intel and Qorvo use ‘envelope tracking’ to preserve battery, a technology that allegedly violates one of Qualcomm’s patents. The court then prohibited Apple from selling phones that use those chips in the country. Apple is set to appeal the decision

Because of the ruling, Apple will remove iPhone 7 and iPhone 8 models from its 15 retail stores in Germany during the appeal process. Third-party retailers will continue to sell the iPhone 7 and 8 as they wish. The iPhone XS, XS Max, and XR are unaffected by the ruling.

Apple is facing similar injunctions in China that could ban every iPhone from the iPhone 6S through the iPhone X from stores in the country. That case hinges on the infringement of two Qualcomm patents. Apple has issued a software update that it says solves the problem, but the Chinese courts have yet to determine if the update is enough to avoid the sales ban. Apple has not stopped selling the disputed phones in the country.